Book your stay in Provence

Once upon a time , there was mimosa …

We are particularly fond of mimosa at Villa Fontane as it is the national flower of Australia, Jane’s homeland, where it is called silver wattle!

Mimosa flowers are also closely associated with the French Riviera where they have been flourishing since the nineteenth century.  The climate and soil suit this plant so well that it grows wild on the roadside in an explosion of colour during the months of January and February. Mimosas are part of the Acacia family and are evergreen trees with feathery silver leaves.  Their golden yellow blossoms are small round pompoms with dozens of stamens that bloom as clusters on the tips of branches.

Mimosa may be used as a cut flower for bouquets, in rock gardens and hedges as well as being essential to the famous perfumeries in the town of Grasse.  In the United States mimosa flowers are used as a symbol of International Women’s Day.

When first introduced into the south of France, mimosa was grown in the Croix de Gardes Park in Cannes.  From there, the local Horticultural Society dispatched young plants around the region to Mandelieu, Pégomas, Tanneron or La Roquette, before it became a popular addition to gardens in major towns in France and throughout Europe.

Nowadays this bright golden flower is a strong attraction for those city-dwellers wishing to escape grey cities at the end of winter.  The tiny yellow suns contrast with the clear Mediterranean sky and provide a strong dose of energy to give the extra peps needed at this time of year, especially this year!

The Mimosa Trail extends 130 kilometres from Bormes-les-Mimosas in the Var to Grasse in the Alpes-Maritimes.  The ideal period to plan your trip is from January to the beginning of March – the fragrance is everywhere and the forests are turned to gold.  Many of the towns in the French Riviera organise flower festivals to coincide with the blossoms – Fête de la Mimosa.  It’s a brilliant way to discover the coastal towns and unspoilt hill-top villages.

Pégomas  famous as the village with the most mimosas!

HIKES AND WALKS ALL YEAR ROUND.…

Mimosas, parasol pines, olive trees – these are the scents that contribute to the Riviera landscape but are also the fruit of a long voyage.  “The Golden Road” that winds through the largest mimosa forest in Europe, the Maures Massif and Cape Esterel offers sublime seascapes backed by the snow-topped Southern Alps mountain range and provides a multitude of places to find and make your own, whether travelling alone, as a couple or with a group of friends.  Here you’ll appreciate that mimosa is at the  crossroads of Nature and Culture!

A series of exceptional private and public gardens invite you to discover Mediterannean essences and to travel around the world.  From Chili, Argentina and South Africa to Australia you will observe varied collections in these unique gardens …. Le Parc Gonzalez in Bormes-les-Mimosas, Domaine du Rayol in Rayol-Canadel-sur-Mer, Le Jardin Botanique des Myrtes in Sainte Maxime, Le Jardin des Mimosas in Pégomas and the gardens of the Musée International de la Parfumerie in Grasse.

Le Rayol-Canadel is a charming, quiet village created in 1925 as a seaside resort for La Môle.  Built on 300 hectares of land overlooking the Porqueroles Islands, it became an autonomous entity in 1949.  It has three separate beachfronts spread along four kilometres between wooded hills on the Maures Cliffs coastal road.  It has retained a rather old-fashioned, traditional atmosphere with small family-run restaurants and cafés.

Between Le Lavandou and Saint-Tropez, this Mediterranian garden was created by the landscape gardener Gilles Clément as an invitation to voyage around the globe.  Covering 20 hectares opposite the Hyères Islands, the multiple terraces offer themed gardens from different climates – varying from the most arid to subtropical.  Visitors are welcomed into the world of adventurous botanists. 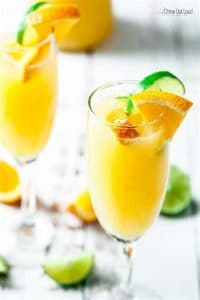 For each glass:   4cl of champagne, 8cl of orange juice, 1 teaspoon of Cointreau or Grand Marnier. Cucumber to decorate. 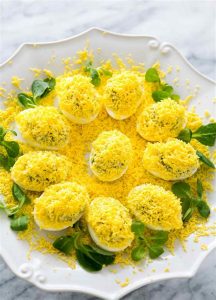 La Garde Freinet features in the travel guide section of The Guardian “High in the hills behind the Côte d’Azur, the forested Massif des Maures…
See more
New photos

Professional photographer Cyril Breniere came to take some superb new photos of our bedrooms in the guesthouse.  He has really done justice to the three…
See more
Pumpkins and chestnuts

We’ve had a good crop of pumpkins:  they’ve grown out of the vegetable patch and hang like bright lanterns in the hedge. After a gusty…
See more
Autumn at La Villa Fontane

This may well be the best time to visit our region.  The crowds have thinned out, the sea is wonderfully warm and the sun shines…
See more
Voiles de Saint-Tropez 2020 : it’s time to book your room!

Villa Fontane Provence is a short drive to many “Blue Flag” certified beaches.  This internationally recognised standard for beaches and marinas is a guarantee of…
See more
Special Offers Summer 2020 post-covid

We’ve put together the following offers and packages to celebrate the end of coronavirus lockdown: “ENFIN LIBRES !” :  3 days/2 nights , Friday to…
See more
CLEAN AND SAFE

Following the spread of Coronavirus 19, we are being particularly careful about hygiene at Villa Fontane. We provide hand sanitizers, face-masks and disinfectant wipes for…
See more
Coronavirus 19

To stop the virus from spreading, France is in lockdown until the 11th May 2020. If you have booked a stay at Villa Fontane during…
See more
Harley Davidson Euro Festival 2020 CANCELLED

DUE TO THE CORONAVIRUS 19 THIS EVENT HAS BEEN CANCELLED. THE HARLEY DAVIDSON EURO FESTIVAL is back!!!! 7th to 10th May 2020 The Eurofestival Harley…
See more
Leave a Reply
Book your stay