Book your stay in Provence

The heart of Provence

Villa Fontane is situated between the historic villages of La Garde-Freinet and Grimaud.

Villa Fontane Provence is at the centre of Provence, between Marseille and Nice.   It is the ideal base for exploring and discovering the magnificent surrounding region.  Describing Provence in a few lines is impossible ! There is so much to see and do: beaches, islands, historic villages, hiking trails, elegant towns, fishing ports, museums and festivals, without forgetting the typical weekly markets.

Starting nearby :  the Gulf of Saint-Tropez is blessed by the gods! The way the sun shines on the water and hills is exquisite, which is why so many painters have lived and choose to live here.  The village of Saint-Tropez, apart from its VIP side, is worth a visit – its history, atmosphere and architecture have stamped their mark on Provence forever.

One of the most picturesque villages of  France,  Grimaud,  is a stone’s throw away from Villa Fontane Provence.  Overlooked by its medieval castle where music fesitals are held each summer, Grimaud’s cobbled streets and flowered balconies are enchanting.   La Garde-Freinet is the entranceway to the Gulf.  The breathtaking view from the ruined fort spans from the Mediterranean sea, over vineyards, olive orchards, cork forests and wooded plains to the snow-capped mountains.

You are spoilt for choice on the coast: the canals and ferries in Port-Grimaud; the fortified village of Ramatuelle with its porches, stairways and hidden courtyards in testimony to the past ; Gassin and the sunset view to the Southern Alps.  There are numerous beaches for all tastes, from A-lister Pampelonne to the quiet coves on the coastal walk at La Croix Valmer.  A few kilometres inland you can experience the mystical Chartreuse de la Verne Monastory and the unchanged village Collobrières, the chestnut capital lost in the middle of the Massif des Maures mountain range.

Extend your stay and explore other treasures of Provence, all in easy reach of Villa Fontane Provence.  Go north :  after crossing the famous Plaine des Maures – parasol pines on crimson earth – you will reach Thoronet Abbey – a jewel of medieval architecture – then the villages of Cotignac, Salernes, Aups, Tourtour … before arriving at the Verdon Gorges, the largest canyon in Europe.   In the vicinity are the marvelous lavender fields around Valensole.  Continue and you’ll arrive in the Luberon, Peter Mayle country!

From Villa Fontane Provence, now drive in an easterly direction …. Sainte-Maxime, then the striking Cape Esterel before arriving in Cannes, Antibes, Nice then Monaco.  Continue a few kilometres more and you’ll be in Italy, sitting in a trattoria with a chilled glass of chianti.

After a rest, head out West … Bormes-les-Mimosa, Le Lavandou, Bandol are less than an hour away.  Stop off in the “calanques” rocky inlets in Cassis and Marseille and the Old Port.  Then it’s a short drive to Aix-en-Provence, Avignon, Arles and the Camargue.

LA PROVENCE, THE MOST BEAUTIFUL COUNTRY IN THE WORLD ! 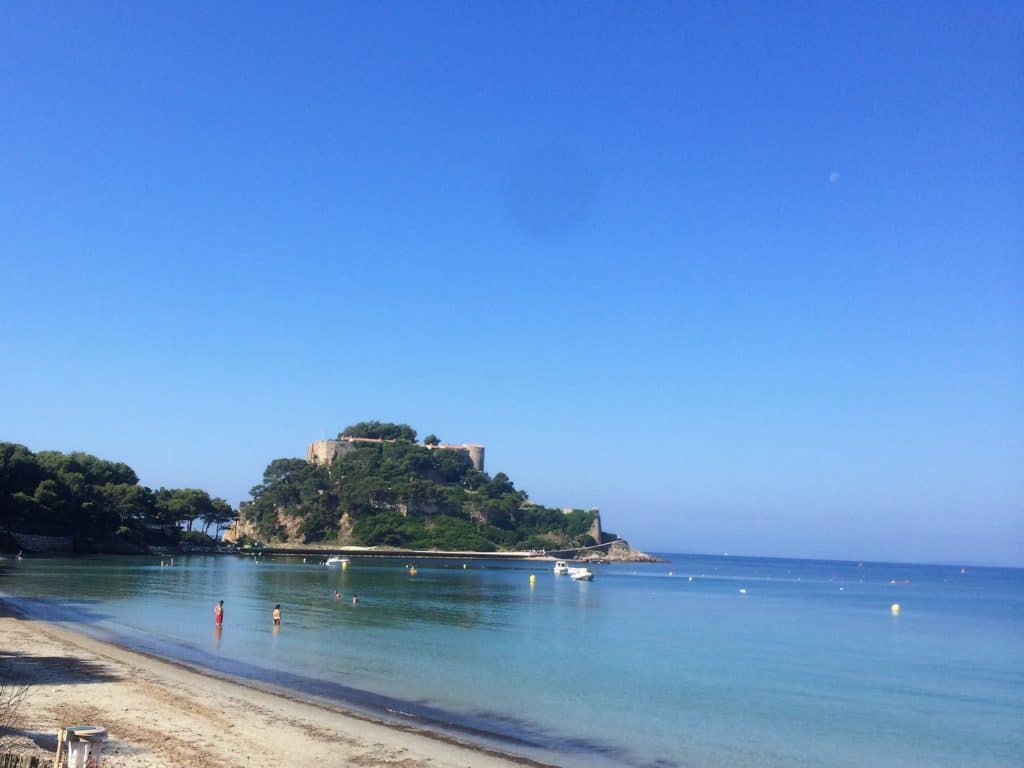 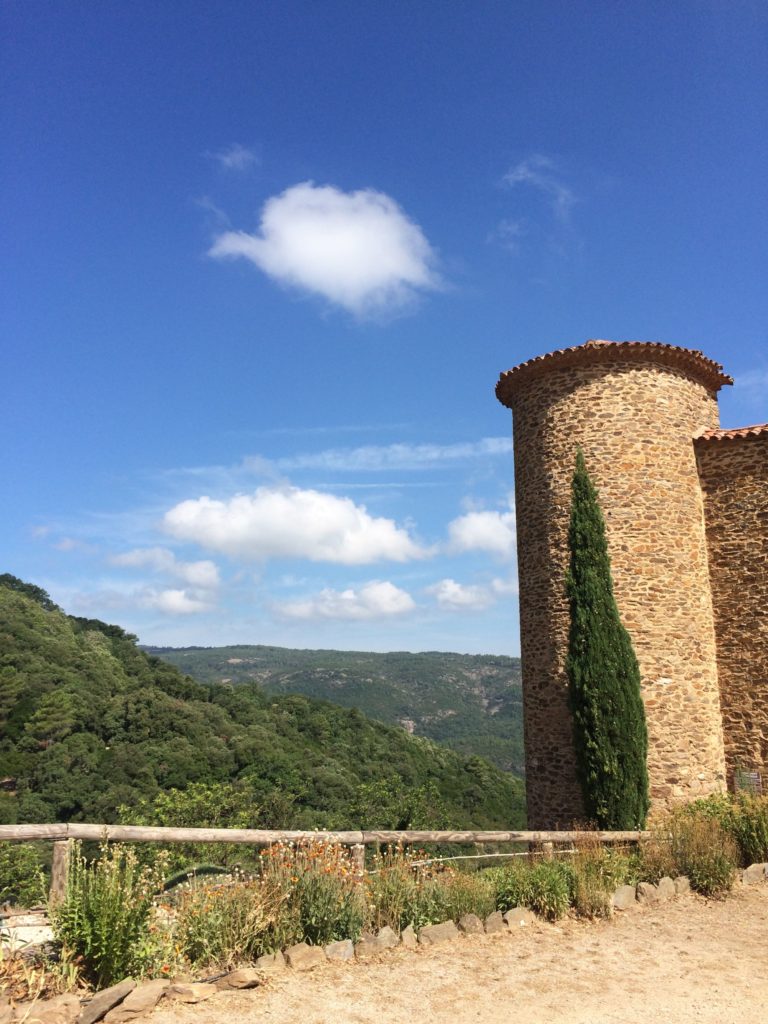 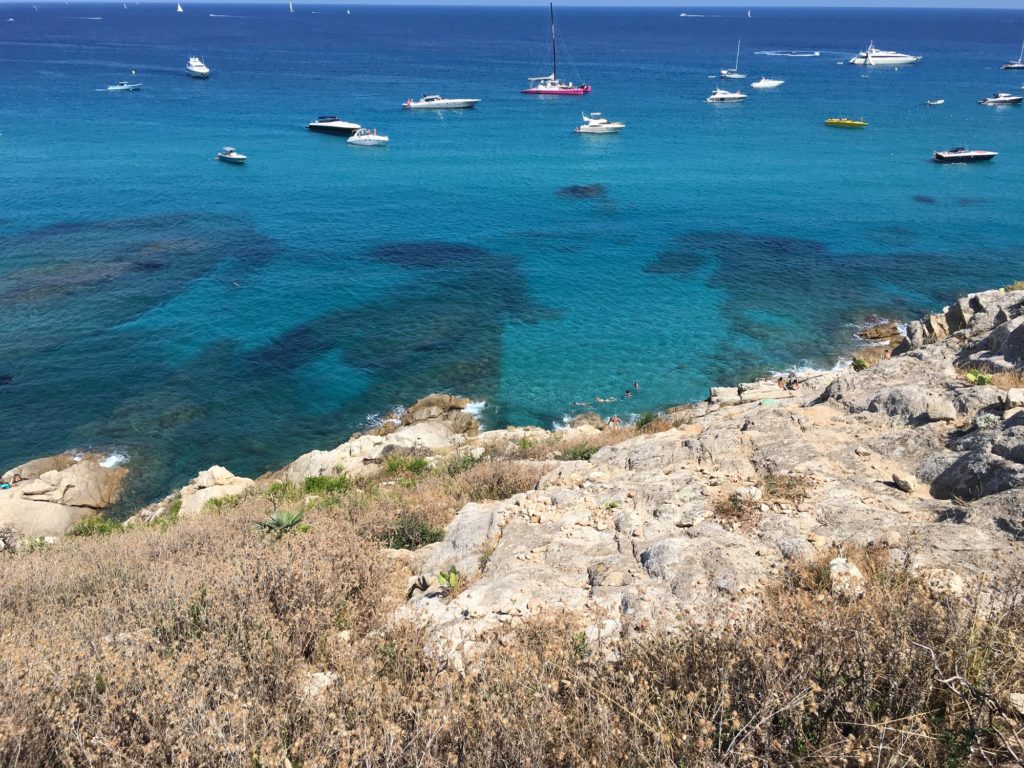 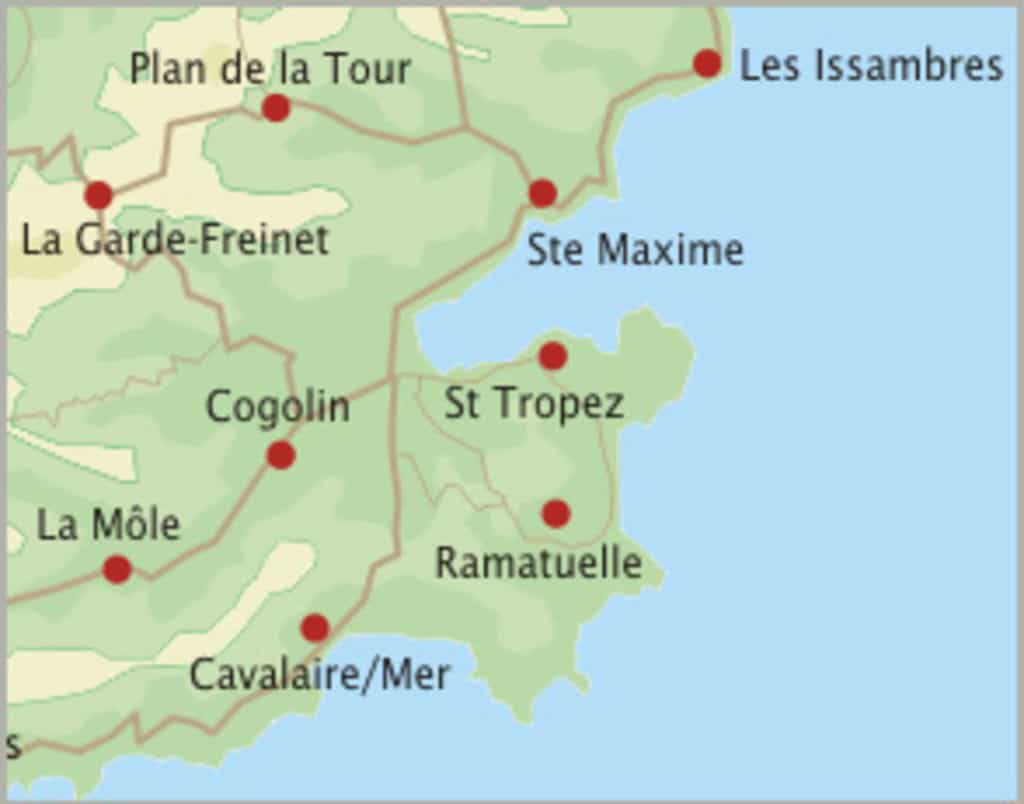 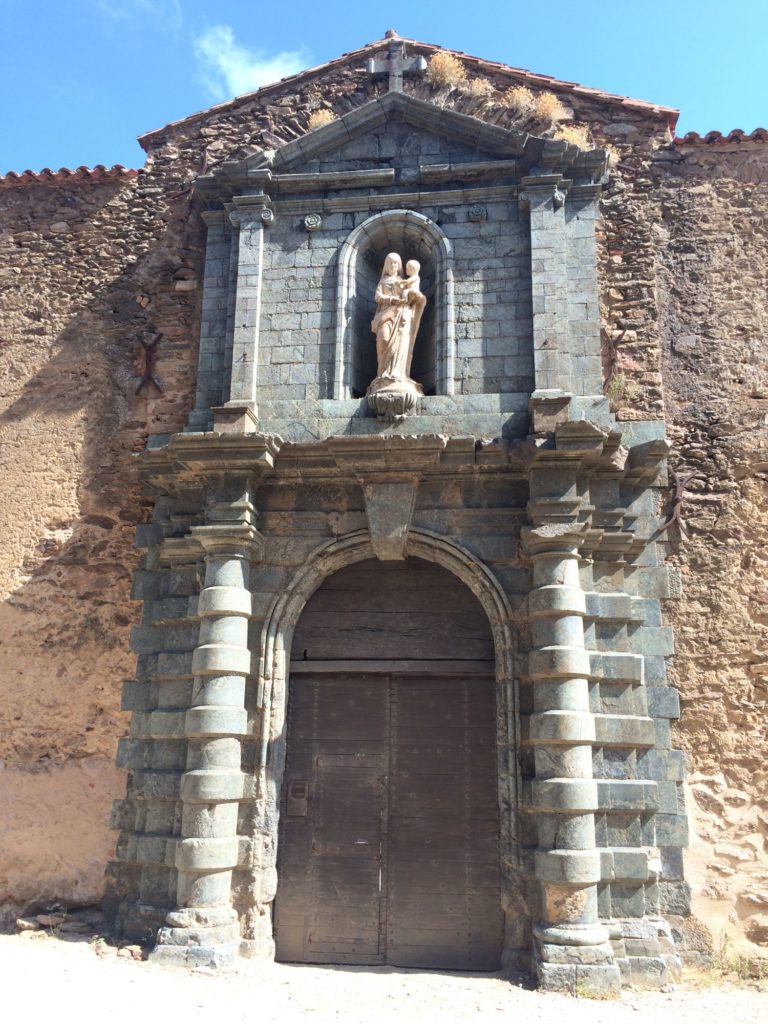 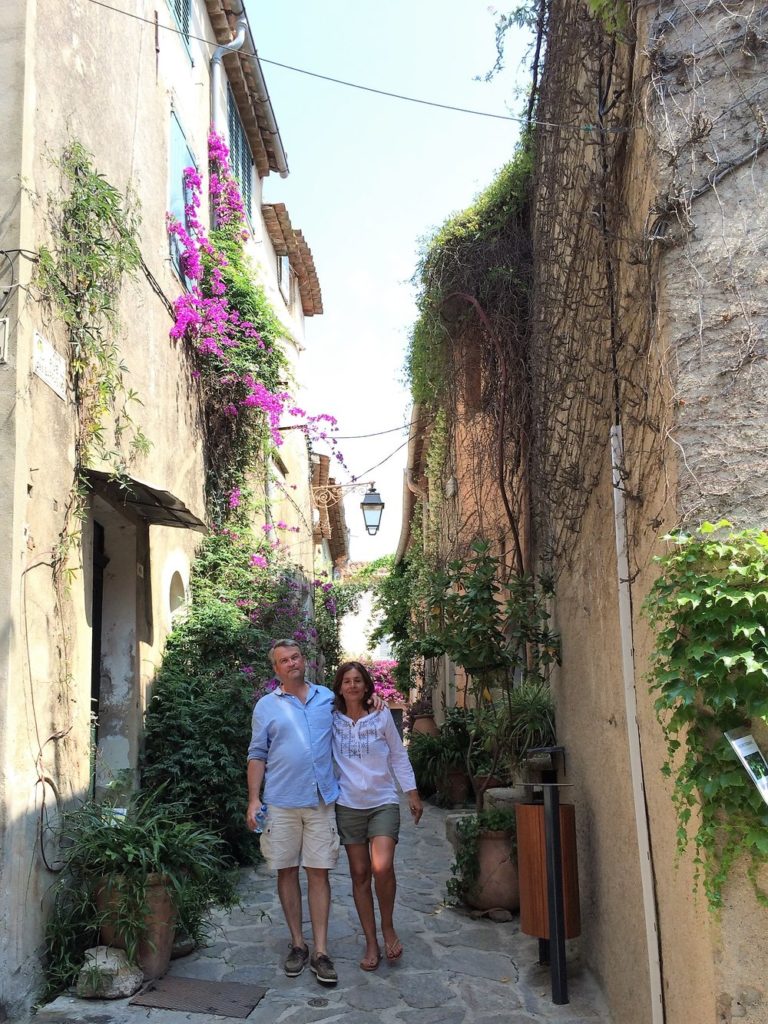 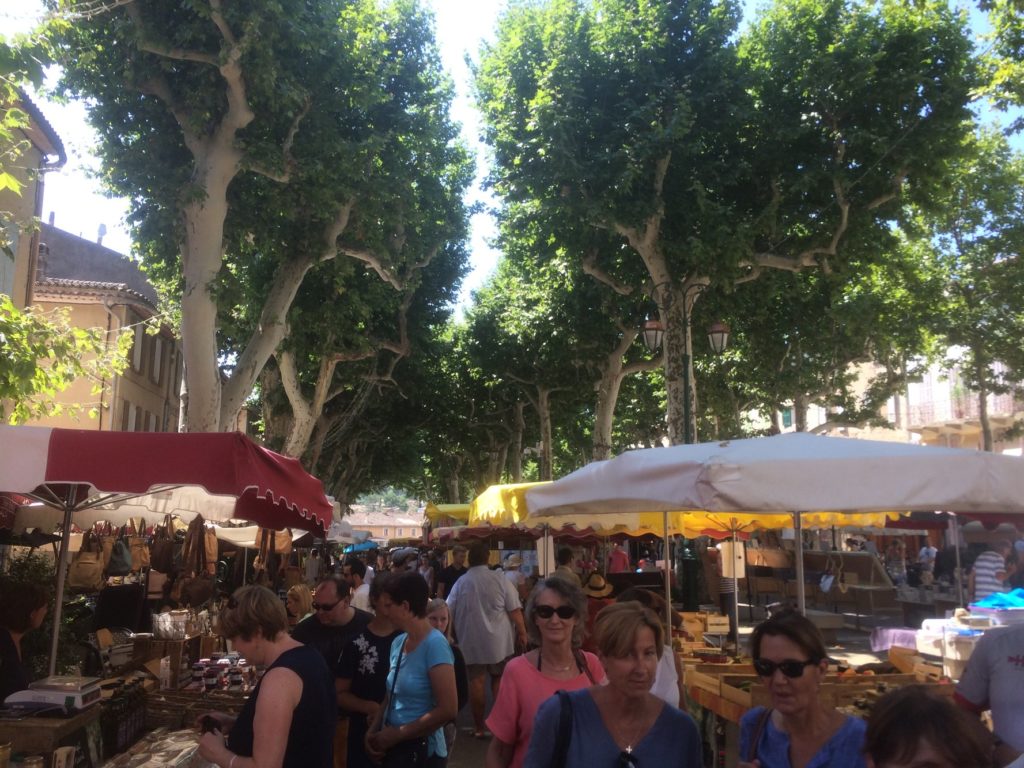 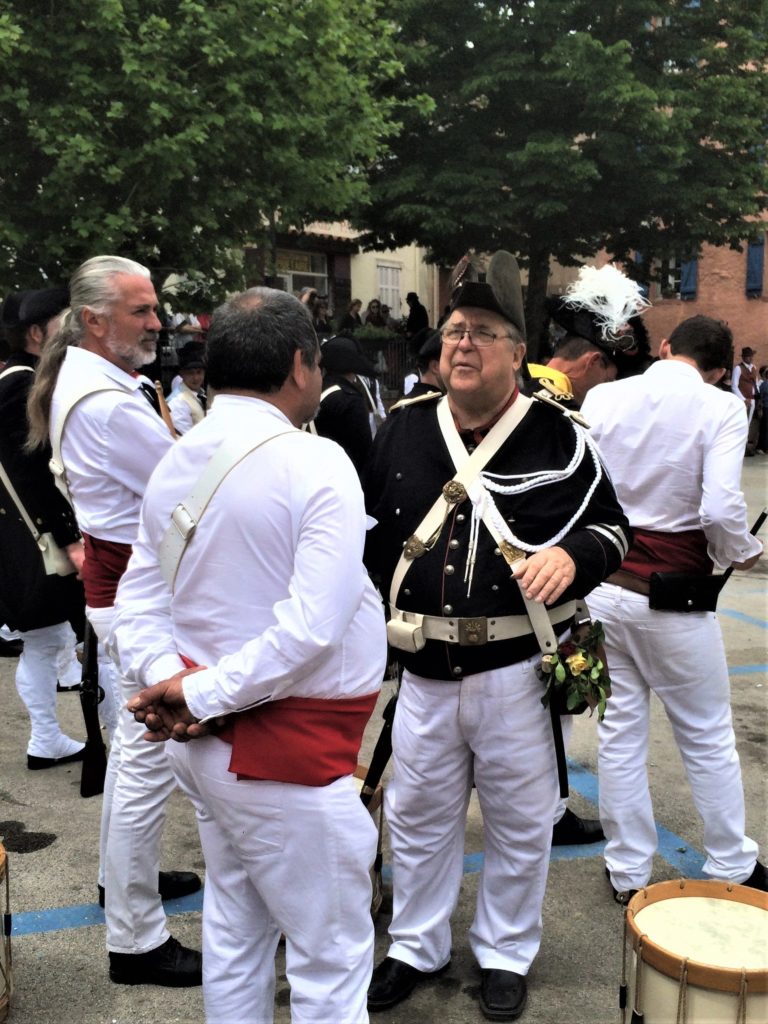 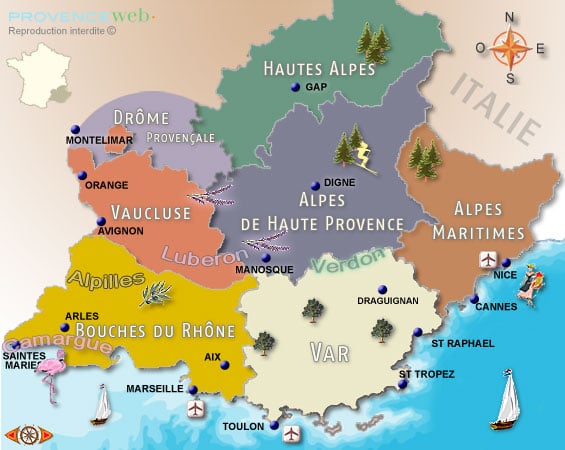 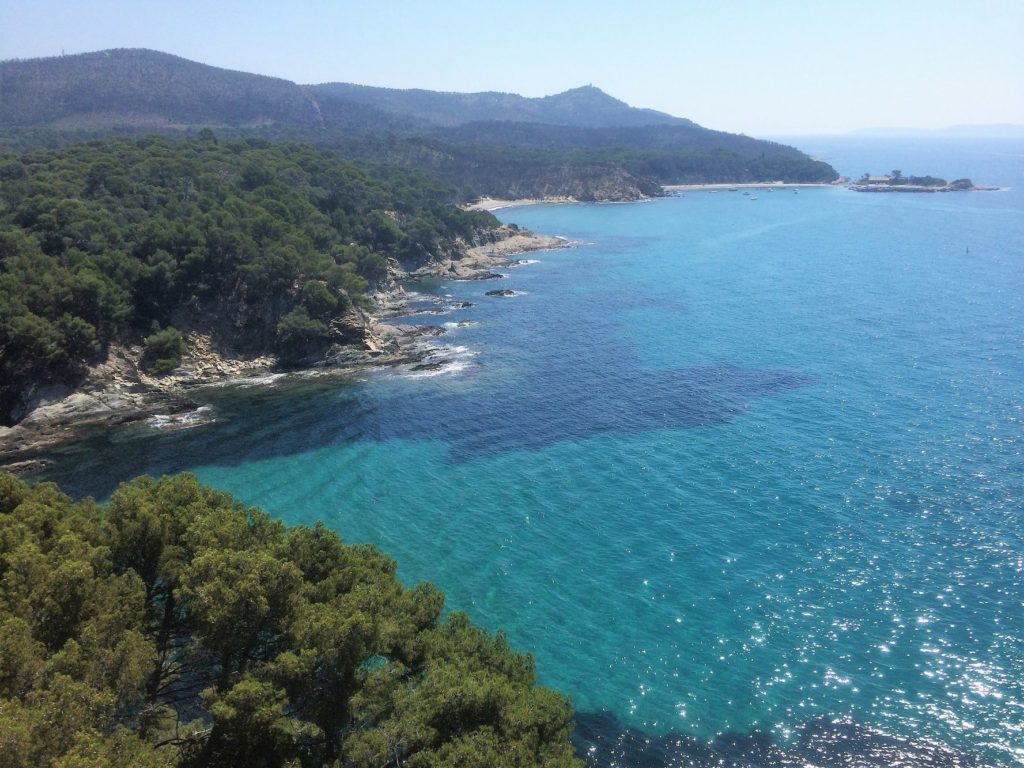 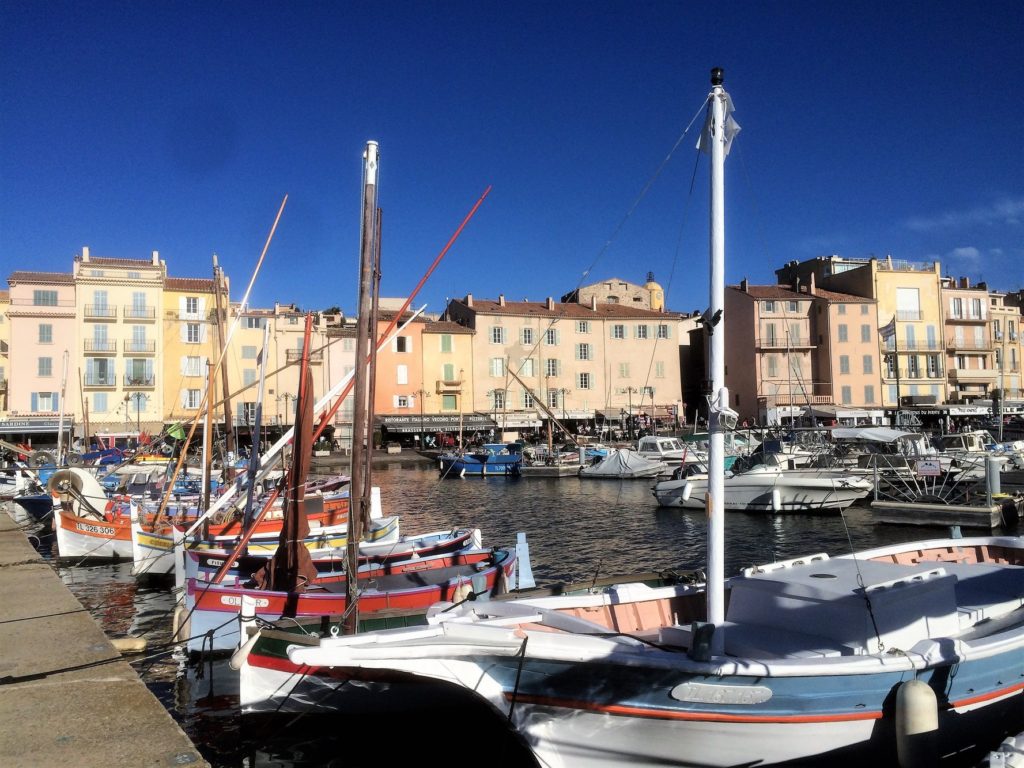 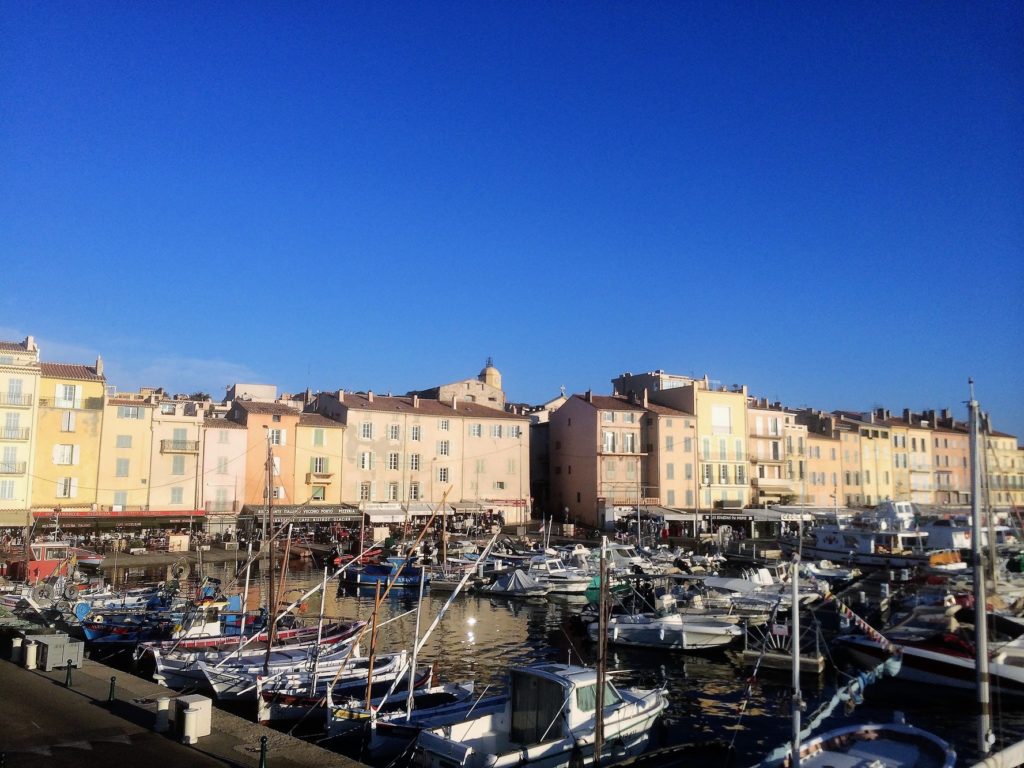 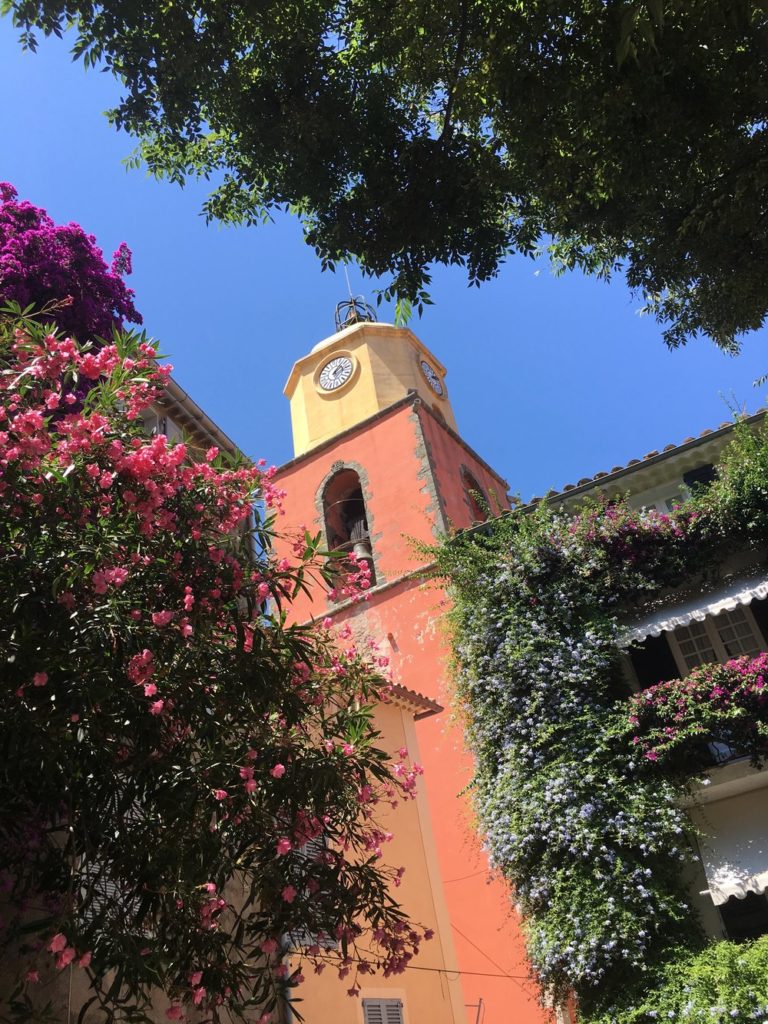 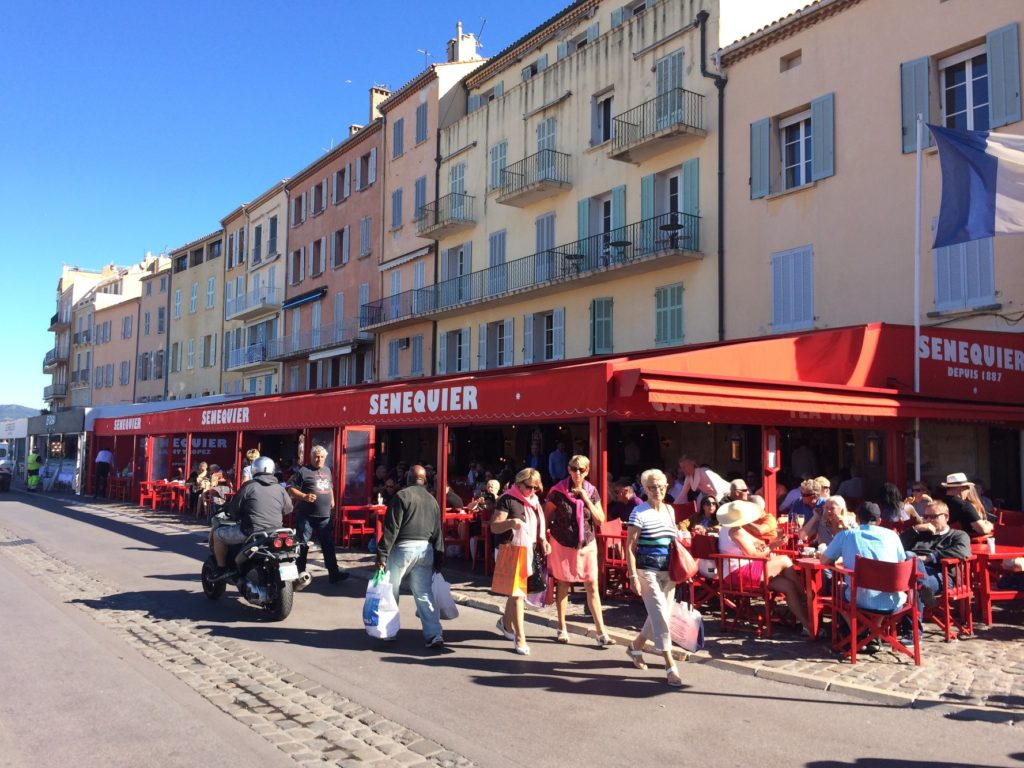 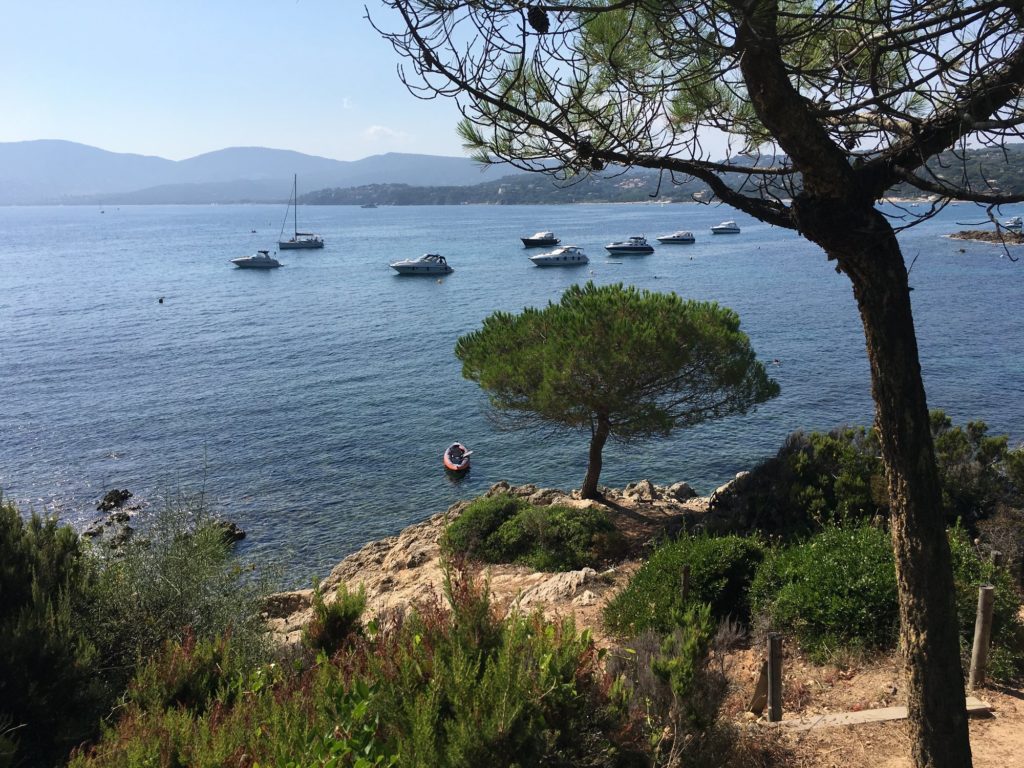 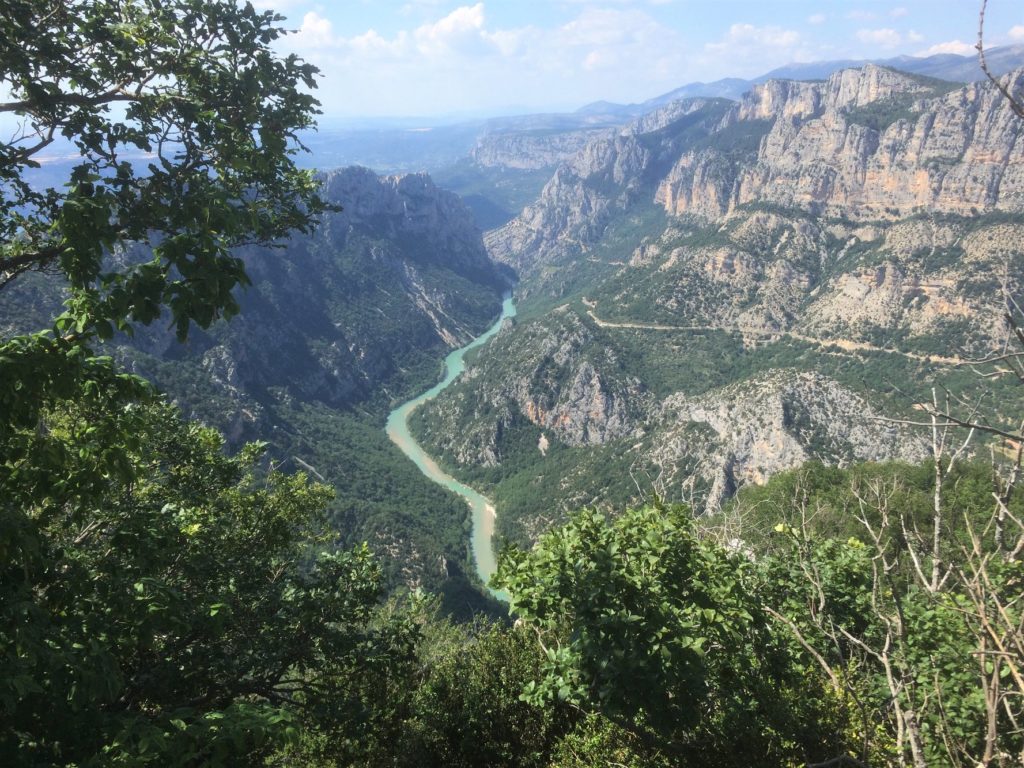 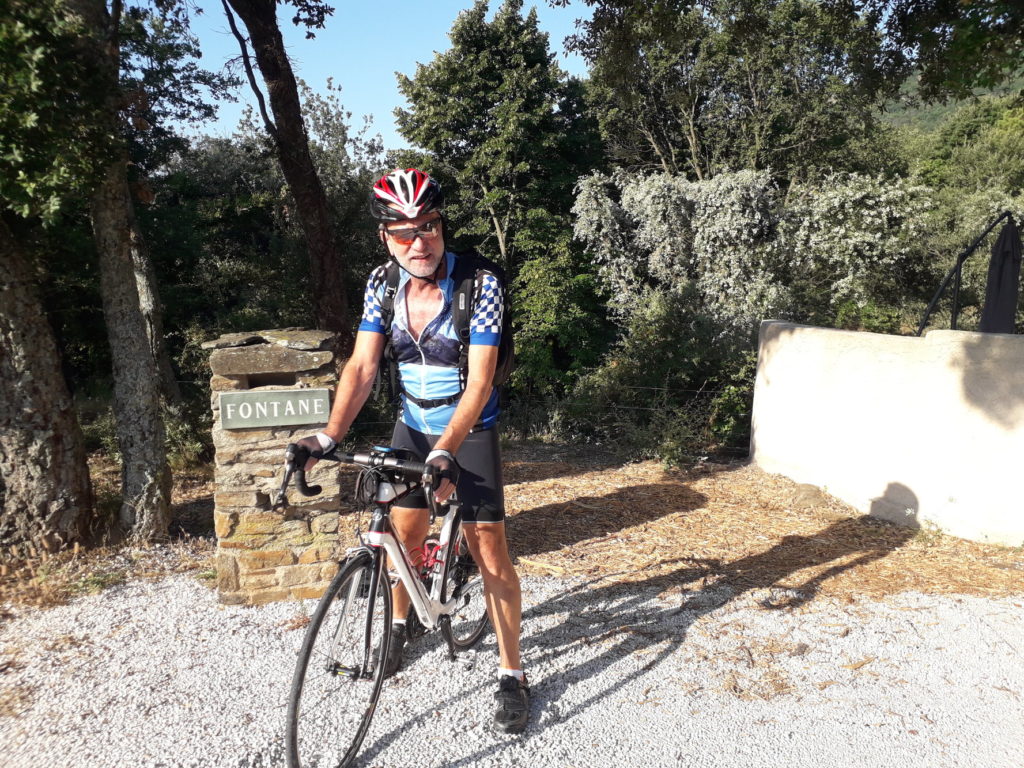 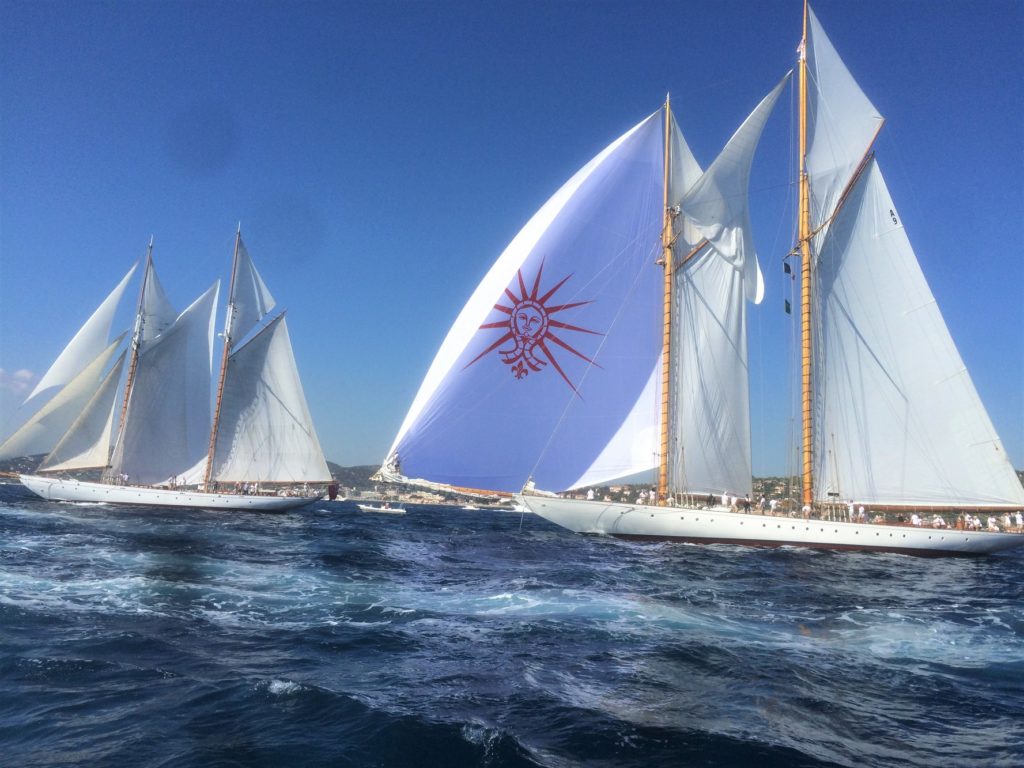 Yacht race in the Gulf of Saint-Tropez

The Gulf of Saint-Tropez offers a vast choice of “green” activities:

The Summer brings festivals and other cultural events to the Gulf of Saint-Tropez:  open-air theatres with plays, jazz, rock and classical music, street theatre and more.

Every day is Provencal market day in one of the surrounding villages (Wednesdays and Sundays in La Garde Freinet) – local products and specialities to be discovered!

Vintage flea market enthusiasts will appreciate the quality and range of goods on sale at market stalls and in local shops.

The wineries in the area will welcome you in their cellars to taste their world-famous wines.  Château Minuty, Domaine de La Croix and Château St Maur all have delicious rosé to buy (and take home).

We would be delighted to organise your stay with us.  Look at our suggestions in our Friends in Provence Programme